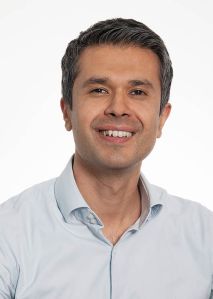 Dr. Aseem Malhotra is known as an influential cardiologist from Britain and a world leading expert in the prevention, diagnosis, and treatment of heart disease. Dr. Aseem Malhotra is successfully leading the campaign against excess sugar consumption and health. The award-winning NHS cardiologist has successfully motivated leading academics, the media, and politicians to make sugar reduction a health priority in the UK by publishing commentaries in the BMJ and mainstream media.
When he is not working as a doctor in the National Health Service, Aseem Malhotra reigns supreme in his fight to raise awareness about the health benefits of a sugar-free diet, maintaining that sugar deserves its reputation as “Public Health Enemy Number 1”. His no-holds-barred approach to challenging common health beliefs is proving highly effective in getting medical professionals and social authorities from around the world to sit up and take notice. He is regularly invited to speak at national and international conferences.
Aseem supports studies that implicate sugar as the number one culprit driving obesity, type 2 diabetes and heart disease, and has worked with a leading sports scientist to dispel the myth that links physical inactivity and obesity. The British Journal of Sports Medicine published their editorial providing evidence that sugar and excess carbohydrates were primarily responsible for the global surge in type 2 diabetes and obesity. A subsequent commentary Aseem wrote in the Washington Post had over 1.1 million page views. He has since become one of the leading doctors in the world fighting the obesity epidemic, named on a list of anti-obesity activists that includes Michelle Obama and Michael Bloomberg.
Dr. Malhotra is instrumental setting straight some of the key messages in relation to health and diet and at the forefront of that message is the Mediterranean Diet. Dr. Aseem Malhotra is raising up against the demonisation of fats in diets and in fact look to set straight the role healthy fats in the Mediterranean diet and at the forefront of this messaging is Extra Virgin Olive Oil!
See Dr. Aseem Malhotra: “In search of the Mediterranean diet” https://vimeo.com/132082254
Awards Prises and Recognition:
Some of the latest awards, prizes, and recognitions of Dr. Aseem Malhotra:
• Academic Excellence Award- British Association of Physicians of Indian Origin (BAPIO)- 2014
• Henry Schein Leadership Award for Young Doctors- British Association of Physicians of Indian Origin (BAPIO)- 2014
• “BME Pioneer” Health Services Journal- 2014
• “BME Pioneer” Health Services Journal- 2013
• Top 10 “Super Smart Set” London Evening Standard 1000 Power list – 2014
• “Food Hero” Children Food Campaign- 2013
• “Health Hero” Globe, Silver Star Diabetes Charity- 2013
Dr. Aseem Malhotra strongly believes in patient information and personalized healthcare.
He has over 30 articles published in the Guardian, Observer, Daily Mail, Telegraph, BBC online, Huffington Post, Daily Mirror, Mail On Sunday and Sunday Times. He has numerous TV appearances on BBC1, BBC2, ITV, Channel 4, Sky News and internationally on CNN and Fox News. He is often invited to discuss his BMJ commentary on the link between saturated fat and heart disease as well as his views on ‘too much angioplasty’, sugar intake, obesity, diet, over diagnosis and overtreatment to name a few subjects only.
Dr. Aseem Malhotra’s main areas of non-clinical work covered in 2014, have included the organization of seminars for NHS England CEO, Simon Stevens, on “Delivering New Models of Care”, and Improving the Health of NHS Staff in relation to the Five Year Forward view. He also wrote the executive summary and co-authored a report on International Hospital Standardized Mortality Rates for Professor Sir Bruce Keogh.
Presentation:  Roots of the Mediterranean Diet
****  Dr Malhotra is not receiving a speaker fee, travel or accommodation expenses for this event.

Thank you to our Sponsors